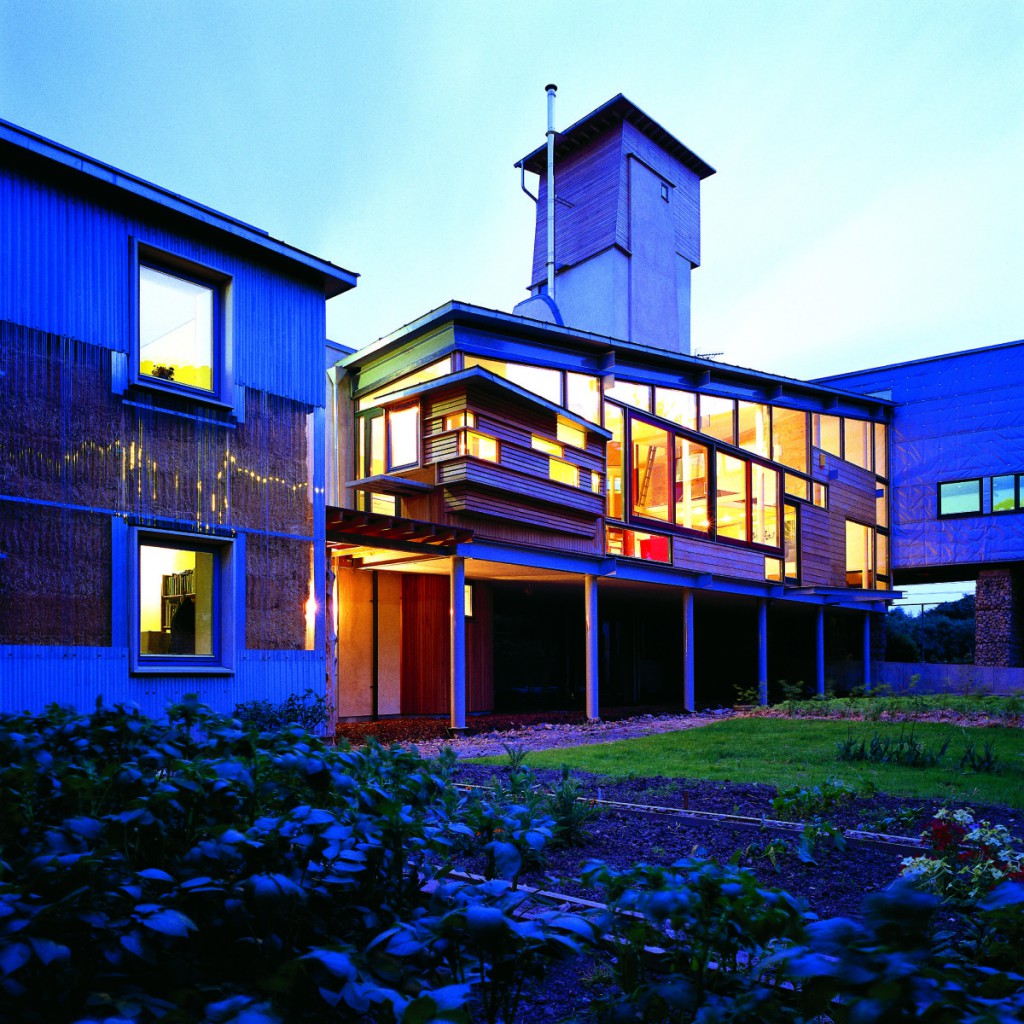 Wigglesworth founded Sarah Wigglesworth Architects (SWA) in 1994. Her practice developed a reputation for ecological buildings and a particular fascination for the use of alternative materials, including straw, in architecture. One of the practice’s best known buildings is the Straw Bale House (and Quilted Office) in Islington, London, which features widely in architectural periodicals. The building was designed as a house and office for Wigglesworth and Till, using straw bales, cement-filled sandbags, silicon-faced fibreglass cloth and gabions filled with recycled concrete. “This doesn’t look like a traditional green building,” said Wigglesworth. ‘We want to bring green architecture into the mainstream by making it more urban and urbane.” (source: wikipedia)

Herbert is author of the book "Neues Bauen mit Stroh" (New Building with Straw), head of the austrian strawbale network ASBN and partner in the Leonardo-project "Strawbale Training for European Professionals (STEP). As a collector he documents European straw bale buildings since 1999 on his website (database, german), in lectures, workshops and books.